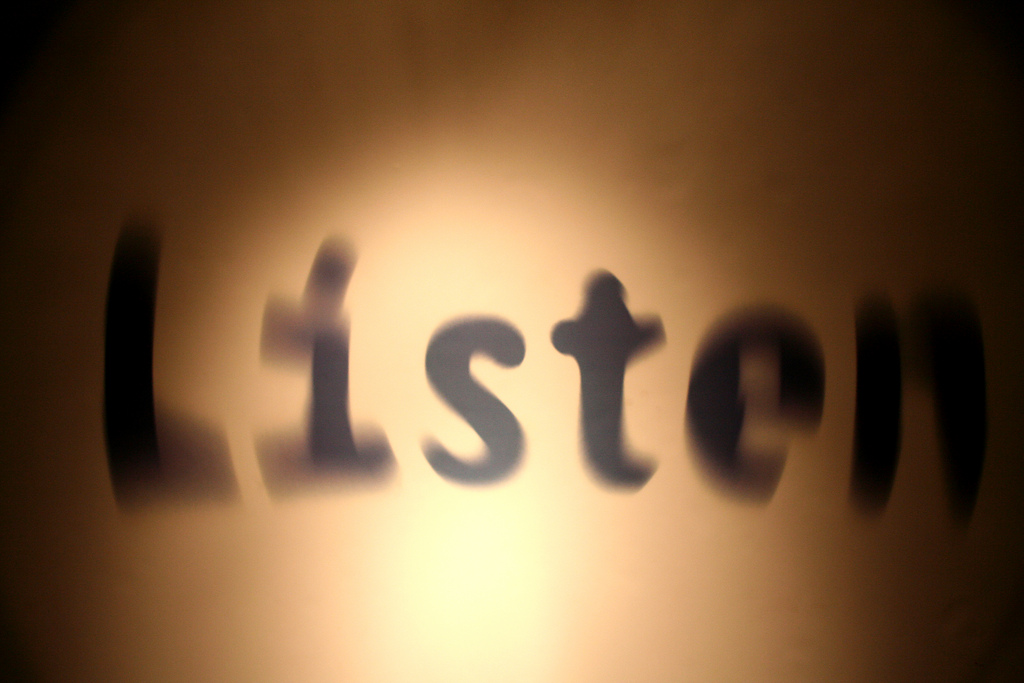 At lunch recently with a friend; her son told her that he always knows when she is listening to him. She looked at him and asked ‘really? How so?’ His reply, ‘Mommy, you always stop what you are doing and look at me.’ Profound isn’t it; that a five year old understands better than most adults.

Listening is the one skill that changes relationships quicker than any other in the area of communication. When people listen; the doors of communication open in ways unimaginable. What is sad is that people are more interested in listening to respond instead of listening to listen.

A few signs of good listeners are:

1- They remove technology distractions. Good listeners know that if the phone is even on vibrate it may ring which would be a distraction. They know that the computer, tablet; or television are also distractions. They are turned off so that the focus is only on the speaker. There will always be a tweet but only one opportunity to listen to what someone is saying at that exact moment in time.

2- They indicate non-verbally. Indicators of good listeners are eye contact, learning forward; and nodding. Good listeners focus on the person speaking and are engaged in the communication process bother verbally as well as nonverbally. They are not slouched in their seats looking for the fire escape.

3- They are mentally prepared. They remove the distractions, set the time aside; and are ready to give to someone who is speaking. There is nothing else that would be a disruption from what will take place at that given time. There may be a few things to cross off the list like returning phone calls beforehand, eating; or whatever else is proves to be a distraction although taking the steps to remove those first will only lead to better listening in the end.

4- They paraphrase and ask questions. Paraphrasing what someone is saying is a great technique because it reveals what yes the intended message was received or that it wasn’t. Good listeners want to ensure that they are not missing anything said. By asking questions good listeners get the clarification needed while also sharing with the person speaking that they were paying attention.

Being a good listener takes effort. It requires focus on others instead of self. It is getting beyond only wanting to pay attention when the topic is of personal interest. It is abandonment to self for the benefit of others. It is about giving in ways that most people don’t think of. It is about being silent. After all the same letters that spell ‘listen’ also spell ‘silent’. Coincidence? I think not!