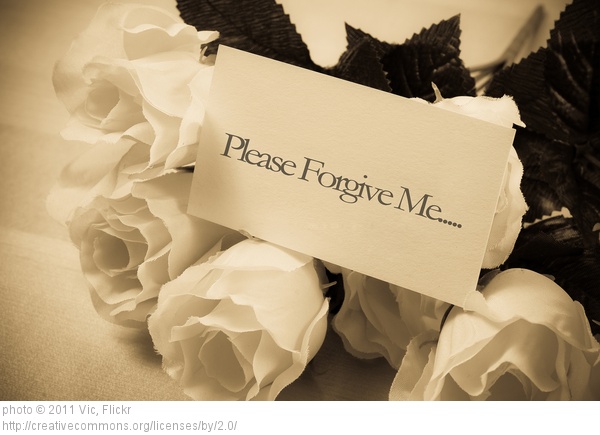 It’s no secret that divorce is rampant. It’s rampant everywhere; not just in Hollywood. The divorce statistics of those in the Church are just as high so apparently the lesson of forgiveness needs to reach us all!  Perhaps marriage vows should read something more like, ‘Till I want to part because it’s Tuesday’ and not ‘ till death due us part’ because people really just don’t get it. It would make sense really since in today’s society it’s more about having million dollar weddings and marriages that last oh; a couple of months.  And that’s a big maybe. So what’s the issue causing such divorce at record pace?

Unforgiveness. Yep. Sure you may be thinking, “Well, I have grounds. He’s not the man I married.” Or you may thinking, ‘She’s changed.’  And so? If she or he didn’t change you would be mad about that too so what really is the point? This is where we have it all wrong! Our society has deemed marriage disposable and worthless and the people in it are just as pathetic by the day of divorce decree. Are we just that selfish and narcissistic to not stop and see it? Anyone anywhere can come up with a justified reason for anything; but it doesn’t mean it’s good or even right; or even the best one and may see after the fact that the grass is greener on the other side but they still have to mow it.

See; the infidelity, withholding sex, silent treatment, drinking, not spending time together, growing apart, waiting for the children to go to college, job loss, income issues; and all the other things related to the reasons ‘why’ are just symptoms. Every single thing that is the cause of divorce is symptom related. The real issue is beneath all of those symptoms and most couples never recognize it. Why? Because they are too busy blaming and trying to be right rather than forgiving. If only couples would learn the lesson of forgiveness NOW so that these problems don’t become the cause of divorce we may have more marriages that actually do last a lifetime.  So how does unforgiveness cause divorce?

1. Unforgiveness keeps you focused on the symptoms. When you are focused on the symptoms you aren’t able to see the problem. Why are you not having sex with your spouse? Why are you not spending time together? ‘Not having time’ is an excuse not the reason.  People make time for what is important. If you are not then ask yourself when it’s divorce time who’s fault is it really? What am I doing or not doing that has my marriage where it’s at?

2. Unforgiveness is a victim mentality. We are all victims of things other people to do us at some  point in life. None of us are perfect; none are immune. If you are living your life as the victim of what your spouse did to you it’s clear sign you have not forgiven. Period. If you want to get a clear picture stop and reflect on all the things that you have done that probably hurt your spouse in some capacity.  Stop blaming your spouse when you are in the same marriage! Start forgiving.

3. Unforgiveness keeps you focused on the past. Unforgiving people live in the past. It’s all about what happened ‘way back when’ which really has nothing to do with ‘now but never mind actually bringing that up with them because it’s a moot point. That person will have plenty to speak about about how you missed the birthday party five years as a former neighbor of mine would remind her boyfriend every Friday night at the midnight living room fight. Clearly; a sign that they were not able to move on because she just could not let it go. It was five years ago! If you are hoarding the mistakes of your spouse from even yesterday it’s time to forgive. And quickly otherwise the resentment, bitterness and all the other symptoms will be evident to the extent of the death of your marriage.

If you want true freedom in your marriage; forgive. You don’t want to let the mistakes your spouse made destroy what you have invested your life to build. Don’t be like those in Hollywood who learn of their husband’s former flings and then harbor it for selfish reasons. It’s not worth it. It’s not to say that forgiving someone is easy because we all know it’s not and this is not a prosperity message. This is message written to save your life, your marriage, your family and your future. Take it serious while you still can. In case your forgot: forgive.