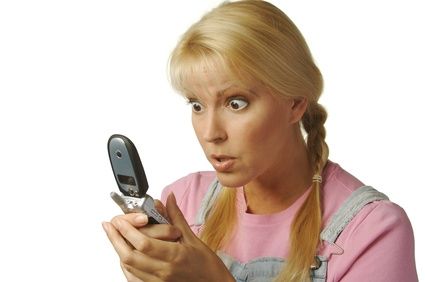 It’s incredible just how much people treat each other like a dumping ground. Everywhere we look the niceties are decreasing across our culture. Riots over  judges ruling, backstabbing in the workplace, corruption in the White House; and people being dumped via text message.  Where have we gone that we as a society think it’s ok to not even think about the person on the other end? Are we truly that shallow?

In previous generations people talked; they saw one another face to face. Relationships were built by spending time with one another.  It wasn’t sitting staring at a phone screen that one could barely see typing partial words they can’t spell. Sure that could be because rotary phones were all the rage; but besides that people showed each more respect for others than what they do today.  Break-ups may have not been wanted but at least were done with respect and dignity.  People didn’t just  text-a-dump of one person on the way to meet the next man or woman who’s heart they will break next.

According to www.whatsyourprice.com, an online dating site;  a survey of 7,500 of its male members and 8,300 of its female members members found that 88 percent of men have broken up with someone over text message, compared to only 18 percent of women. And 71 percent of men have dumped someone over the phone, compared to 43 percent of women. Ouch! Men are you paying attention to just how many of you are showing your gender to have no class?  And then you wonder why the feminist movement is so progressive? Really!?!

This leads me to ask the most pertinent question: have you been dumped via text? Have you been the dumpee?  What is the thought process behind it? Or is there? For the one who is doing the dumpee perhaps nothing. Perhaps it’s just an easy way of of  not having to face that person of whom you say is beautiful and amazing and you just don’t want to take the time out to say it over the phone or in person? Perhaps you have given no thought to how that person might feel. Perhaps; you frankly don’t care. Either way; think about it now please. Please think about someone other than yourself for a moment; if possible. There is another person on the other end who does have feelings and doesn’t deserve it. You may find that one day you are on the receiving end and may not like it. I pray you aren’t.

If you have been the victim of a text-a-dumper what was your experience? Were you pleased that at least you didn’t get caught with tears in your eyes by someone who proved to show you no respect while you were blindsided? Were you relieved because you were saved from being that person who actually wanted to get out of that relationship but didn’t know how? Or were you left wanting an explanation of how you went from oh so wonderful to woeful in a matter of moments?

You see; regardless of technology the one thing we all need to realize is that the manner in which we treat people is a reflection of our character.  Gender is irrelevant. People will remember your actions. They remember beyond the labels you wear and car you drive how you treat them.  They remember who you are.   The question is what do you want them to remember about you?