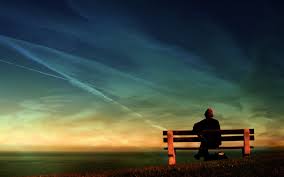 Yes Son of Sam is free; but not in the way you think. People believe that they are free if they are not behind bars; yet all the while are living in internal bondage. Unforgiveness does that to a person. Unforgivness is a slow and sly death and it’s always lurking. Are you paying attention?

Son of Sam is known to terrorize NYC between 1976-1977 purposely didn’t attend his parole hearing because ‘Jesus has forgiven him and set him free’ as reported to his attorney. How wonderful is that? He is free! And probably on this day more free than most!

What’s wonderful is that forgiveness is there. It’s for you, it’s for me; and it is for anyone willing to seek it. Son of Sam sought Jesus and the gifts of freedom that come with such choice. While you may not agree does not change anything; for the Truth is always the Truth and it doesn’t change.

On this day what are you holding on to? How forgiving are you? How much forgiveness from others have you received or been able to receive? Perhaps it’s for things much less them murder but guess what? Bondage is bondage. Isn’t it time to get free? Isn’t it time to forgive? Isn’t it time to be forgiven?  Once you do make that choice you will see that regardless of where you live or what you are doing or even with whom; you are free. The most ironic is that the one who shines this lesson does so as one of the most well known murderer in society still in prison.