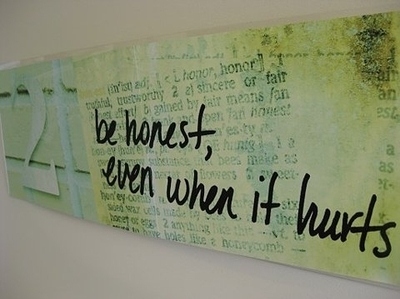 We have a problem in America. Yes we already know the economy is terrible and that the media loves to twist the truth. We know that the IRS attacks on conservatives and Tea Party are a real thing; and we know that the divorce rate is on the increase. This is all true. Sad; but true. The real issue is much deeper than that.  It’s what is beneath that is the real issue.

The heart of people is the true crisis here. Sure hurt people hurt people but what’s more concerning is that it’s not a concern.  People lie and thinking nothing of it.   Not only this; they have no problems doing it right to your face! This begs the question: how did we get here? How did we come to a place where being liars and cheaters is just part of life, business and marriage? Have we no shame? Have we no respect for anyone or even ourselves? Apparently not!

If you step back and look at the times we are in the signs are there. More than ever before people are becoming more in love with themselves, boastful, cheaters; liars and greedy.  What’s it for? More self gain at the cost of others? One is a lonely number my friend.

While it may be the norm in the ways of the world doesn’t mean anything more than this. It doesn’t mean that you have to behave in such a manner. What other people choose to do should have no impact on you yet for some this has changed. It’s more of the ‘steal, lie and cheat you before you can do it to me’ mentality and it’s just wrong.

If you think nothing of the people of whom you commit to, do business with; or want to date or marry because you are more interested in yourself then should it be any wonder if it doesn’t go the way you want? If you live a life of no integrity because you are too busy promoting yourself than respecting others perhaps your heart needs an enema.

Just a week ago someone lied straight to my face and it I knew from the moment the words were spoken that everything was a lie. I almost interrupted to save the person from lying to me but thought otherwise. Today; my thoughts were confirmed. While yes it’s not cool I was lied to; the more important issue is the character of this person. It’s all there and revealed and I see it clearly. No longer will there be any business, relationship, engagement of conversation; or any desire for any interaction. It’s done. There is nothing left to say.

The ironic thing about the entire situation is how many people may just think, ‘let it go, no harm no foul’ and that thought process just leads to an acceptance that that is the normal behavior of people. And that- is the largest issue of all.

Until we get real with ourselves and deal with the real heart issues things won’t get better. Until we recognize that our behaviors are a reflection of our hearts we won’t get it. Until we stop to think of the impact of legacy our actions have we won’t get it. Until we stop to pay attention to what and who we have become as individuals and as a society we are headed for trouble. It’s all being evidenced in daily interactions everywhere. Don’t believe me then check out Ashley Madison who helps married people have affairs, check out the latest reports about Benghazi or the latest about A-Rod and his wrecked baseball career. It’s all issues of the heart to cheat, lie and steal. It’s the issues of the heart so I ask: where is your heart?