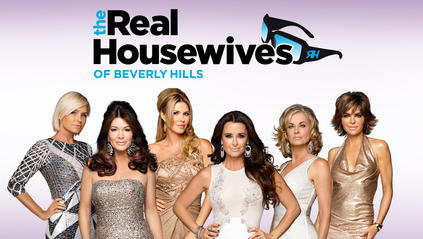 As seasons of Housewives on Bravo are ending and new seasons are beginning there is much to see about how unforgiveness plays out in the lives of these women. While fascinating in some ways to see the lavish decorating or parties; they too can be insulting to genuine housewives who live normal lives and who don’t flamboyantly flaunt their behavior and laundry for a price for the world to see.

As the seasons of Beverly Hills and Atlanta come to end; and some say ‘Thank God’ have no fear- there are more to come. And other say to that ‘Thank God!’ but when looking at the goings on of these women there are many lessons in communication, boundaries, speaking, fashion, finances, and much more. Today; however, I bring lessons of how unforgiveness impacts lives of siblings and friendships. Some examples that unforgiveness exists are:

1. Repeated arguments about past incidents. Drama seems to be an underline theme in most of the Housewives programs which would make sense. No drama no ratings. No rating no program. Seriously how much fun would it be to watch families not throw glasses of wine or flip tables over right? In all seriousness though these are people who bring much to the table for great therapy sessions! season after season or episode after episode the conversations appear the same. Arguments over what happened years ago.

In the case of the BH Housewives sisters; the conversations still are about the sale of the parents home; years prior. This is a clear symptom of unforgiveness because it keeps the unforgiving person reliving the events or talking about situations of the past. Until the real issue/s are dealt with; nothing will change. This is evident throughout. If in your family during disagreements someone brings up events from the past in a gunnysacking way; there is unforgiveness still evident.

When forgiveness reigns what someone did or didn’t do is no longer an issue. It’s done. Could you imagine if you go to Jesus and seek forgiveness and then the next hour, day, week, month or year He reminds you of the mistakes you made back then? You would never be able to get out of that bondage! And in the case of these women; it’s no different. They live in bondage of the past. Perhaps you are doing the same.

When forgiveness reigns it’s done. It’s not that you ‘forgot’ as the idea of ‘forgive and forget’ makes absolutely no sense! If you forget then what is the testimony? You wouldn’t have one because well; you forgot.

2. Not accepting or ignoring apologies. When someone apologies it is your choice to accept it or not. It is your choice to forgive and move on. It all is your choice. In the Atlanta Housewives they all continue to speak about that one issue of someone apologizing and it not being heard or accepted; even though ‘I’m sorry’ was spoken numerous times. When someone chooses to not accept an apology with sincerity then it’s clear there is unforgiveness. The person who apologizes is actually doing it and if you believe in your heart you have the right to judge that person’s sincerity you are playing God. Not on this; the Atlanta Housewives all went to therapy to work through their issues and truly didn’t get to the core root of the issue as they are still talking.

Another real life situation that perhaps may speak better to you is that after I forgave my adoptive mother for all the physical abuse and for sending me to a homeless shelter at age 15 I sent her a letter telling her I forgave her. I forgave her for all of it! She replied that she was sorry and didn’t know how much pain she caused me. Now; if you are a parent or anyone who has ever been around children or loves children you may question how someone who abuses children doesn’t know what he or she is doing and that would make sense with one exception. She apologized. Period. Her sincerity of heart is between her and the Lord. My only allegiance is to live in forgiveness and to be right with the Lord. It was and is my choice and it is yours too. When someone apologies you rejecting that apology can bring more unforgiveness to you and who has time for that?

3. Gossip. When there is forgiveness as I have said; it is finished. It’s part of the past. There is no reason to go back and relive it, talk about it; or be slanderous in conversations with others. Of course if someone gossips to you he/she will gossip about you so take that as a lesson. Gossip tells more about the people doing it than the person being gossiped about. If you listen to it you have allowed judgment and critical spirit of others in your heart. Why do that? Gossip about others is a clear sign there is unforgiveness in the mix because those living truly in forgiveness don’t have time to speak negatively about others because their hearts are not filled with such things.

The Housewives bring much for sharing and many lessons for life examination. The hopeful prayer is that they would be filled with forgiveness and live lives moving forward than focusing on things that in the big scheme of life; are small. It’s no different than any of us really. We all have the choice to choose what we focus on and if you don’t understand forgiveness and the symptoms of unforgiveness; you will find yourself living in an unhealthy lifestyle with all the health ailments that come with it. It’s best to just forgive and follow Jesus when He said, ‘Forgive them Father for they know not what they do’ and leave it at that.