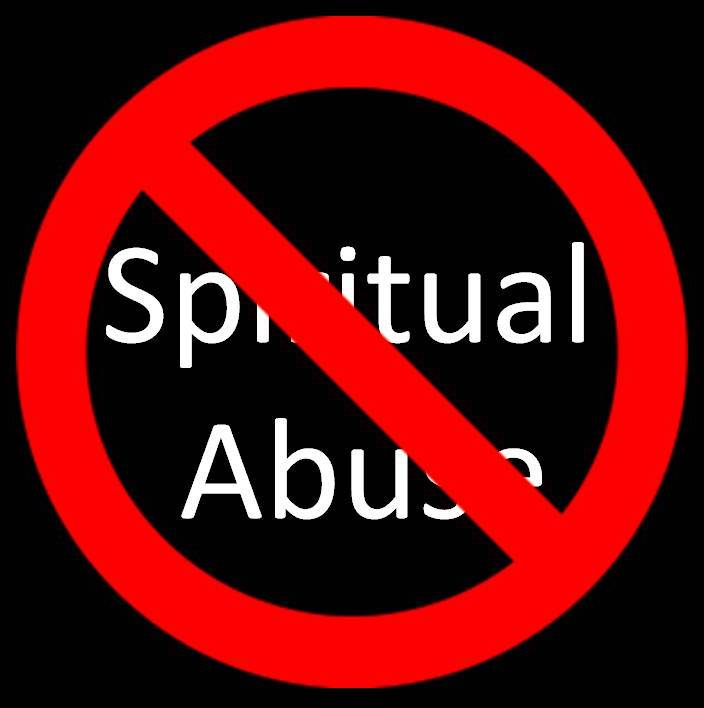 Spiritual abuse is rampant; except people don’t talk about. Those who abuse continue to do so and those abused continue to keep silent. It’s hard to come out shout ‘Hey! I was spiritually abused. I’m socially awkward, have been isolated for a decade and haven’t a clue what I am doing’ so most who have been abused hide in silence. And things continue on as though nothing happened. It’s similar to rape in that a violation occurred in the most inner parts of a person and most of the time the perpetrator gets no sentence.

Forgive yourself. When reality hits of that spiritual abuse has occurred; it’s more eye opening that most realize. It’s the shock of ‘how did I let this happen’ to ‘what will others think?’ to ‘am I crazy?’ and ending with the ‘how do I go forward?’ and many other things that are a part of that journey.

It is extremely difficult to let go of the mistake that the person made to get to that place; however, those who are spiritual abusers are good at it and you blaming yourself won’t do any good. In fact it will only create more hardship so it’s best to recognize it  and forgive yourself and as soon as possible. The longer you wait the harder it is because the more revelation you will experience about what really took place.

Before you go down the road of shame, guilt, condemnation; and self-loathing know that your friends who love you are still there loving you and that in fact; they have been loving you the entire time. They are still there and they have never left you. They were on their journey with you although in a different way. They see through their eyes and my friends; have been waiting for the day when your eyes were open to seeing the truth. Sometimes it takes some longer than others; which is why we need people in our lives of all walks of life.

1. Allowing yourself to get in that situation in the first place

2. Not recognizing it sooner.

3. Not standing up for yourself during that time.

4. Not paying attention to the red flags that really were there.

5. Not listening to those in your life who saw the signs and warned you.

And anything else that caused you to get yourself there. It’s one of those things that while you may wish you weren’t there; you were and now you aren’t- and that’s the best news of all.

As with anything in life; the quicker you realize that you are not perfect and that you make mistakes the easier it will get to forgive yourself. It may be humbling; but will end up being the most healing act and gift that you can give yourself. Get started now as your future is waiting.

Up next: Forgiveness in Spiritual Abuse: Know the Lessons