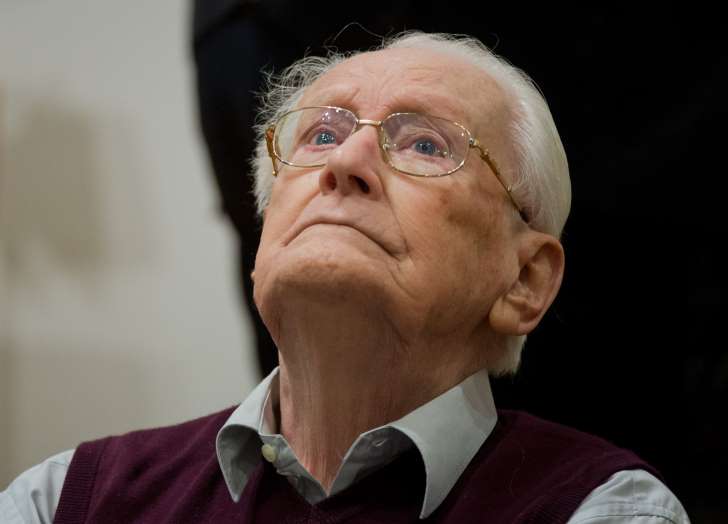 It’s hard to get through life without being hurt. Let’s just get real. What could you forgive? Could you forgive the boy who gets your precious daughter pregnant? Could you forgive the drunk driver who kills your family? The terrorist who claimed innocent lives? Or how about Julian Stratenschulte for what he did? Oh you don’t know who he is? He is the guard who worked at Auschwitz on trial on 300,000 counts of accessory to murder.

In his story he shares such details of infants.  He said left behind on the platform was a crying infant. As the child cried, one of the now 93-year-old Oskar Groening’s fellow SS officers approached it, grabbed it by the leg, dashed its head against a nearby truck, then tossed the lifeless body into the truck.

As horrific as that story is, what might have been more shocking was Groening’s next observation.

“I don’t know what else I could have expected the guard to do with the baby,” he mused. “I suppose he could have shot it, though.”

Could you forgive that? Could you see beyond the acts that destroyed so many to see the pain and heart condition of another? Or does that matter?

The most difficult part of forgiveness is getting to a place of breaking self away from what the act was that needs to be forgiven. People are ignorant. None are immune. Not Julian Stratenschulte.  Not even you. What someone did to you hurt. No one is doubting that. It hurt. There is pain. The length of time you allow that pain to be in your heart, soul and mind is all on you. Let us not forget too what you too have done to others may be deemed unforgivable. But is it really? It may be so by those who are still harboring the pain and unforgiveness; but the truth is that what others decide to hold on to is none of your business.

What has been done to you and what you have done to someone else can be forgiven. It can be! Jesus came to set the captives free. This means ‘you’ too! It doesn’t matter if you are were a stripper, addicted to pornography, cheater, murderer; or even terrorist. There is forgiveness and the most unforgivable act can be forgiven. All you have to do is get to a place of receiving it. No one knows what is in your heart or what your motives are. God knows. In the situation of Julian Stratenschulte; God knows his motives. God knows his heart. God knows if he has sought forgiveness.