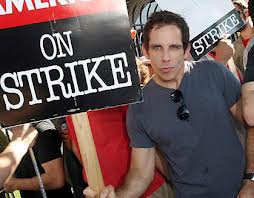 The world is changing. Are you seeing it? Are you seeing that there is a takeover of men by women? Perhaps you have been blinded by it. It would make sense; especially if you are a young person in university who hasn’t yet experienced all the feminism indoctrination just yet.  Perhaps you have wondered where all the good men have gone to. Are you single and wanting a man; a real man who isn’t a pushover? One who actually opens the car door for you? One who knows that what you think is your intimidation is really just you being pushy and bossy and has no problems putting you in your place.  Perhaps; you have wondered why your husband isn’t the man that he was when you married him. Or perhaps; you have noticed nothing. Regardless; the world is changing whether or not you notice it.  Just ask Maria Shriver as she will boldly tell you that it’s a ‘woman’s world’.  Be on the watch ladies and gents.

In the midst of our society that pushes everything woman power; men are checking out- and in big ways. Gone it appears are the days when being a married man and father meant something. Gone are the days where men were men  who would punch someone who tried to kiss him. Now are the days where men are wearing manscera, meggings; and carrying murses. Less men are attending and graduating college and actually working less.  Helen Smith, a practicing psychologist and author writes in her book, ‘Men on Strike’ that “Male workforce participation has plummeted. In 1970, some 80% of working-age men were employed full-time, in contrast to the 66% employed full-time nowadays. Women today earn 58% of U.S. bachelor’s degrees.” While it may be great that women are working more and earning more than ever before; are there any consequences? Does it leave us with a more lopsided society?

Christina Hoff Sommers wrote in her 2001 book, ‘The War Against Boys’ “the K-12 education system that feeds into college favors docile, conformist girls over aggressive, competitive boys. Colleges, as well, are riddled with feminist ideology, decimate their athletic programs in the name of Title IX and regard male students as likely rapists in their interactions with their female classmates.”

When we look at this should it be any wonder why there are so many issues between the genders? If boys are now forced to grow up believing that going outside and blowing stuff up isn’t cool or that jumping off the roof into the swimming po0l isn’t awesome then what else is there? Playing with Barbies with hopes of being the next secretary?  Now of course there is nothing wrong with any of the jobs or people that fill them but there is a cause for concern to take away the very things that used to in generations past define boys. What now is the definition of ‘boys will be boys’? Do you know?  You can turn on any episode of Duck Dynasty on A &E  and just as Phil. He will spell it out for you. Psi can help too; Jack.

If girls are taught that women are the only existence then what does that mean for them as they mature? If the only teachings are that men serve no purpose, that sex without marriage is freedom; and ‘eat pray love’ isn’t child abandonment because it’s a ‘female thing’ then  where does this leave women who want to be in a traditional marriage; have children and raise them?

When we explore the roles of men and women regardless of what you think they are; doesn’t change the fact that women get pregnant and men are still stronger overall physically than women.

You see; it took me a long time to get it. Pride of independence though is a tricky thing. So is pride of intelligence and pride in general.  How can on one hand a woman be independent and then on the next; be expected to be dependent. It’s tough yet women are tough. It’s through that strength that women can accomplish so much.  It’s’ quite simple really; when you get it. I can most certainly open my car and other doors. I have even mastered walking in 4″ heels too. I can crown mold my bathroom mirror and build a cornice.  I can do many things all by myself but if there is a man around to help then why take the chance of breaking a nail over it?

And guess what? I bet that men can dress themselves, figure out how to get home from your house; and even manage a company or country all by himself.

When we come together to celebrate what each bring to the table you can see that there is much more in the picture to be appreciated than destroyed. I encourage you to take a look around at the men and women in your life and start celebrating what they bring to you instead of reducing it and them to nothing. In the end; you all may be glad you did.