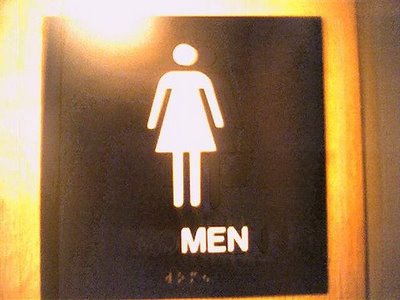 In a world filled with so many gender role problems; it should be no wonder why these issues are surrounding those in the dating pool. When women behave like men; and men behave like women it ultimately takes its toll. While you may not recognize it at first; it may creep up on you when you least see it. Some may say that it’s the woman while others say it’s the men; although I am an equal opportunist. It’s both and let me show you how.

Generations past men were the men that stood up and took charge; much like the Apostle Paul. They fall but they rise again. They went after what they wanted and they didn’t need to cheat to get it. They understood self respect and respect for women. Where are those men? Today it’s the passive aggressive, ‘let me know if you want me to take you out’ nonsense that doesn’t work with nice women. It’s the text instead of picking up the phone to ask her out. It’s the excuse that ‘men are afraid of women’ that is quite often said.  These men would never allow women to criticize them in public or demean them on a daily basis. Nope. Not them.

It’s quite ironic that men say they want a ‘nice’ woman but yet fail to recognize that getting a nice woman means being a nice man.  Instead it’s stories of sexcapades to a nice woman followed perhaps by the wonder ‘why doesn’t she like me?’ that is the most hilarious!  It’s the “I want a nice woman but must sleep with her before marrying her because I have my needs” that is quite contradictory.  Men today appear more lost in direction of what their steps should be to getting that wonderful woman and well; should it be a surprise? Nope. Not at all. Until men recognize their need to change nothing will.  It also doesn’t help that the behaviors of women are so bi-polar so what is a man to do?

Women in generations past were feminine. They were graceful. They were ladylike; and they didn’t need to compete with the man they were dating. They didn’t have to prove that they could open their own door. They didn’t need to deliver all the goods before marriage. They just didn’t do it and they never would have talked about it even if they did. Those times are gone. Everything is acceptable and that is the problem.  Whether you believe it’s a good thing or not is irrelevant. It’s the fact that overall those times are non existent; and that is what is sad.

Why is it sad you ask? Everything is wonderful! Women are free, strong, income earners and the list goes on! Men; well what are they? Where are they? Are they just nonexistent because women will do everything? Perhaps it is the ploy of men to ‘not’ do anything because they don’t have to. So long as women take control then what really does a man need to do? If the woman asks the man out then he is absolved of rejection, if she makes the plans then he doesn’t have to think, if she does everything then what in the end does she need him for? This is scary because it essentially strips men of their manhood and brings us to a role reversal with women resenting men for not being what they were created to be. Good women who want good men have more of a struggle because the good men are becoming more extinct and by the minute.

Until we grasp the reality that we need each other; things are going to only get more confusing. Until we realize that each of us have a role in the dating relationship we will never reach the place of being married. How could we? If women get out of the way and realize they aren’t the permission givers to men; and men stand up to being who they are things will change. It’s a call to action here!

Men should be men. Men who are strong, take charge, courageous; and ready to be the lover and protector to that wonderful woman. They shouldn’t be forced into the role of girlie men because society says so.

Women should be the woman they were created to be without having to live life like Jezebel; (who was killed by dogs by the way.)  It really is ok to just be a lady.  You don’t have to be overbearing in strength to show it. Your presence as a woman is all you need.

If you are in the dating pool stand your ground. Ladies; if you don’t want late night texts then don’t accept them. If you don’t have sex outside of marriage; then don’t. Let the man take the lead and you will be surprised at easy he is able to. Remember; most world leaders are men.

Men; just because ‘society says’ doesn’t mean anything. If you are the good man then keep on keeping on. That woman who is a good woman will be blessed to have you. If you; on the other hand, are the lazy man who just accepts whatever woman that does all the work for you, then maybe it’s time to grow up so that you can be the nice man to get the nice woman. You will be so glad that you did!

Where do you fall? Are you the nice guy or gal struggling out there? Or are you wanting to be that? Either way; do share!