The Lost Art of Conversation 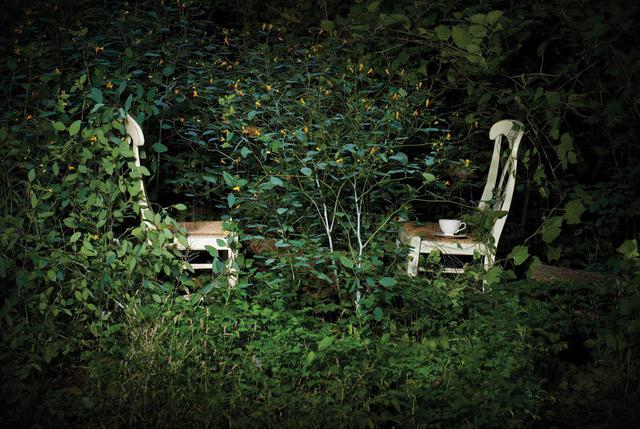 The Lost Art of Conversation

Maybe you remember it; it was the called ‘conversation’. People did it at neighbors homes, at the park; in line at the grocery store. It’s time to reclaim it; unless it’s too late.

If you are one who relishes the time when getting to know someone meant a face to face interaction you are in good company. If you remember phone calls you are in good company. It seems now; nothing is face to face nor is it even verbal. While many of you gadget lovers out there may say I am old fashioned know that there are still some things you can’t do through texting; and those that you can do may not be the best. Let me break it down:

1-Read non verbal communication. Studies still reveal that 93% of daily communication is nonverbal. You are missing the truth of what someone is saying when you get away from the face-to face conversation.

2- Build intimate relationships: Yes I am aware people may argue this but how many people are actually getting engaged and celebrating their weddings through texting?

3- Grow business. A few years ago my then hair stylist thought it was a good idea to communicate all of her advertising, appointments; and other pertinent information via text. Needless to say that didn’t last long! If you idea of business is without ever having a conversation you may want to reflect as to whether or not you should even be in business.

4- Get a job. Sure you may be able to text 957,302 words per minute but so what? Can you actually answer the question in the interview, ‘how do you resolve conflict’ without needing to look down to text it? Effective communication skills are really a vital skill regardless of your texting abilities. Want a promotion? I’m sure that too will require ability to speak to others. Ironically; did you know that the two skills college graduates lack that employers want above all are written and verbal communication skills?

Some other things that aren’t the best are:

1- Texting while driving. Duh-big red truck. Just the other day I was driving and looked to my right and immediately felt I was in a scene from the Bourne series as the driver was driving a vehicle that came from Goa and portrayed the demeanor of those in that car chase scene. He was flamboyantly carrying on his texting conversation and the ‘oops’ hit the car in front of him. Good thing we were parked at a light right? Well; not necessarily. There was no damage so the driver let him off and then guess what- the next light- he almost did it again. It’s apparent that the wake-up call for some needs to be a bit louder to get the message. Let’s hope that people like this drive into walls instead of other cars so as not to hurt or kill innocent people.

2- Texting while walking. If you ever go to Wal-Mart you probably know the parking lot is a dangerous place. Why on earth people would dare to walk through any Wal-Mart parking lot while texting is crazy! Two young people were almost run over because it never occurred to them to look up when walking.

3- Acquiring a girlfriend or boyfriend. If the purpose of dating is to get to know someone; if the belief is that texting only to build a relationship is going to work this could be a reason why you are single. Texting may work to coordinate plans but if no one ever picks up the phone to have a conversation; how far is that relationship actually going to go? For many women; if a man is not able to dial the number and call her she will lose interest quicker than the Cowboys lose a football game. (Sorry but it’s true!)

To to the art of the conversation it’s quite simple. Check it out:

1- Put down the phone. Isn’t the person you want to get to know more important than your germ infested phone?

2- Look at the person. Doesn’t the person giving you his or her time at least deserve that?

3- Listen. Yes this is a tricky one since people have lost ability to do that since they text so much. Listen is where you show eye contact, paraphrase what the person is saying, ask questions; respond. You will be amazed to what you learn from focusing on something and not some gadget.

4- Recognize that that could be the last time you ever see that person again. See friends; we take too much for granted. We have lost our way and it’s terribly sad. We as a society have become so engrossed in all the things unimportant that what is most important and waiting for us is just ignored. How many of you have people you have lost in your life that you would love to have back? I’m sure there are many that would as their lives were gone much too soon. We can learn that lesson from Paul Walker who was recently laid to rest.

None of have any guarantees of life after this very moment. You may have the coolest phone but wouldn’t you prefer to have the coolest friends and the coolest memories with them? I know I do! I would venture to say that getting time with them and having conversation is probably the best first step to take. It’s not that you are building memories staring at your screen while your chin falls lower each day. You can though; be building those memories of time spent together having meaningful conversations. So go now; and use your phone for something productive and schedule time with someone!