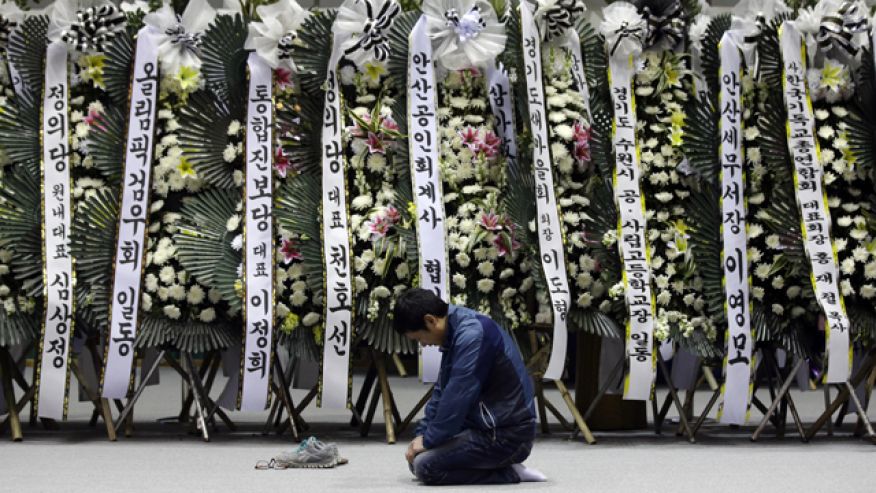 Today marks the first day  of the trial of the 15 crew members that were in charge of the ferry that sank in April killing more than 300 people; mostly children. It is a tragedy without a doubt that because of the selfishness of a few that so many people suffer. Captain Lee Joon-Seok and three  senior crew are facing a maximum sentence of death. Two were charged with fleeing and abandoning ship that carries a maximum sentence of life in prison. Nine were charged with negligence, which can also carry jail terms.  It’s something that will remembered for a lifetime.

When people experience tragedy like this impact is much more than we first think. The perpetrators suffer as they have to live with the consequences of their actions, the people who’s lives are lost are lost, and those who loved both the perpetrators and the victims all suffer. None are immune.

Sure it’s easy to say forgive. It’s easy to ‘say’ although hard to do. Unless you have lost someone in a tragedy you can’t possibly understand the magnitude of what comes with it. It may takes years to overcome loss as I know it did for me.  It requires strength to not want to kill the perpetrator/s, it takes strength to just get out of bed; and it takes strength to see that there is a future. For many; it takes even more strength to forgive self or even God for allowing such things to happen in the first place.

While we may not fully grasp why people do what they do; what we can grasp is that each of us are accountable and responsible for our own actions. What someone does whether good or bad is on that person. How you receive it whether good or bad is on you too. There are many on this day shouting ‘murderer’ at the captain and while yes understandable; it doesn’t change the situation.  In reality; it can make it worse because what is spoken has life given to it.

On this day I lift up all those families who have been victim to the carelessness of that crew in South Korea. I pray that their hearts begin to soften as they grieve. I speak no bitterness or unforgiveness that would kill the grieving families. I speak that they would one day be able to forgive not for the sake of anyone but rather for the sake of themselves. I pray that the crew one day recognizes that while they may be underserving that they come to a place of self forgiveness.

I speak that as we all come together in this world by triumph or tragedy that we not focus so much on what others have done to us; but rather on the power that each of us have to choose what we allow to enter our hearts.

I speak freedom and peace with a forgiving heart that recognizes that revenge and hatred does not solve problems; but rather forgiveness and love does.